CCAR Board of Directors 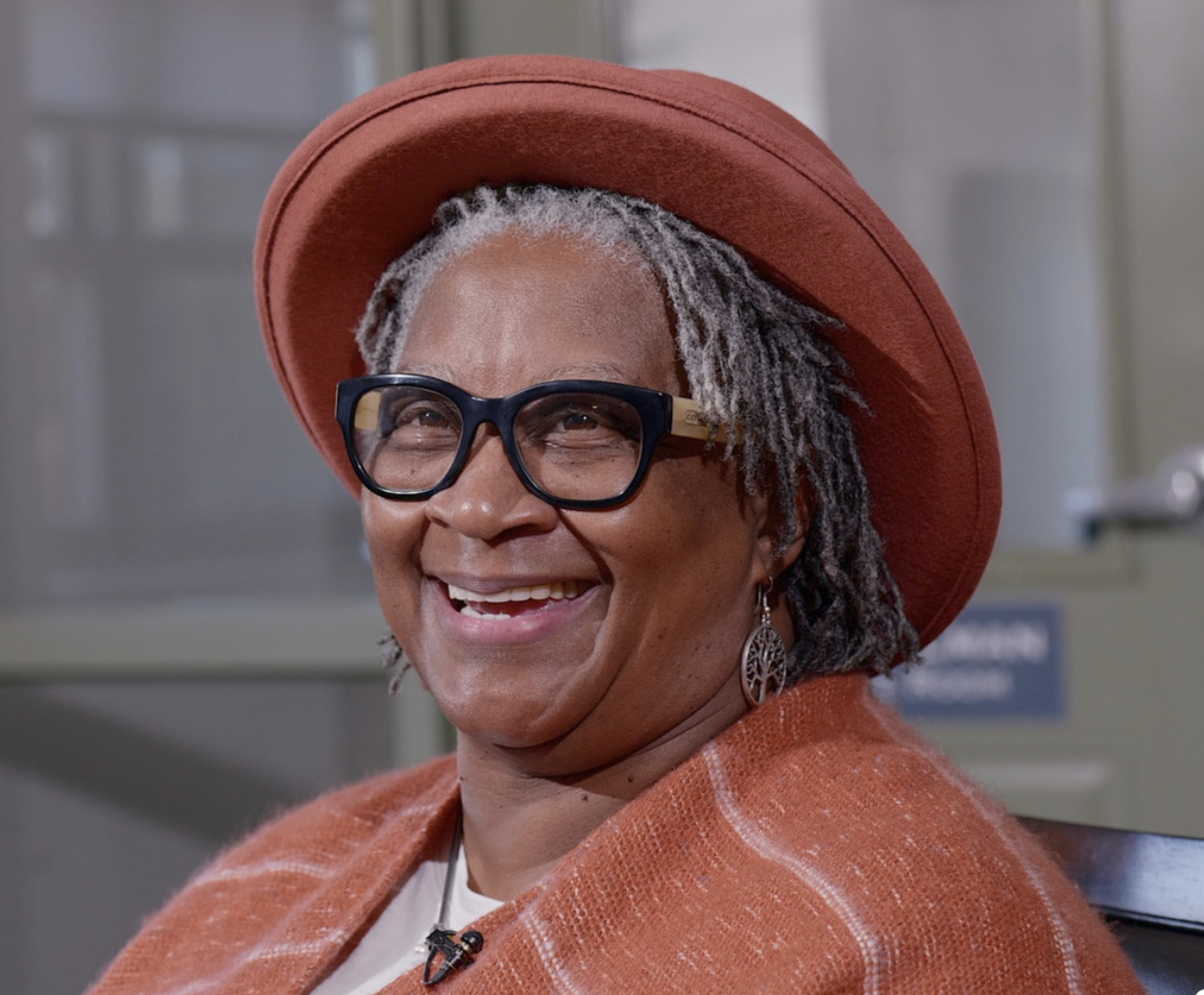 Maggie has been working in the Behavioral Health field at Liberation Programs since June 20, 1994. Over the past 20 years she was responsible for oversight of Residential Services which provides inpatient treatment to 65 men and 10 women with children recovering from substance abuse. Currently Maggie is the Director of Youth and Family Resources in Greenwich, A Program for Youth and Families. The Youth and Family program has offices at GHS as well as at the Greenwich YMCA. Maggie has a Bachelors of Science in Human Service and she is a Certified Addictions Counselor (CAC), Certified Clinical Supervisor (CCS), Certified Co-Occurring Disorders Professional (CCDP) and a Medicated Addiction Treatment Specialist (MATS).

Cheryl A. Malloy served with the Connecticut State Police for over 20 years, retiring in 2009, at the rank of Lieutenant Colonel. Cheryl serves as the Secretary for Connecticut Alliance for Recovery Housing (CTARH), a group that is passionate and committed to ensuring safe sober housing in Connecticut. Cheryl currently works independently or in group settings with those who share, and are looking for assistance in living a healthier lifestyle, by incorporating a holistic approach, which in part includes delving into nutrition, exercise, spiritual practice, relationships, and career balance. Cheryl is a graduate of Western New England College in Springfield, Massachusetts, where she earned a Bachelor of Science Degree in Law Enforcement. Cheryl became certified as a Recovery Coach in 2014, and holds several additional certifications as they relate to health and wellness. Cheryl resides with her family in western Connecticut. 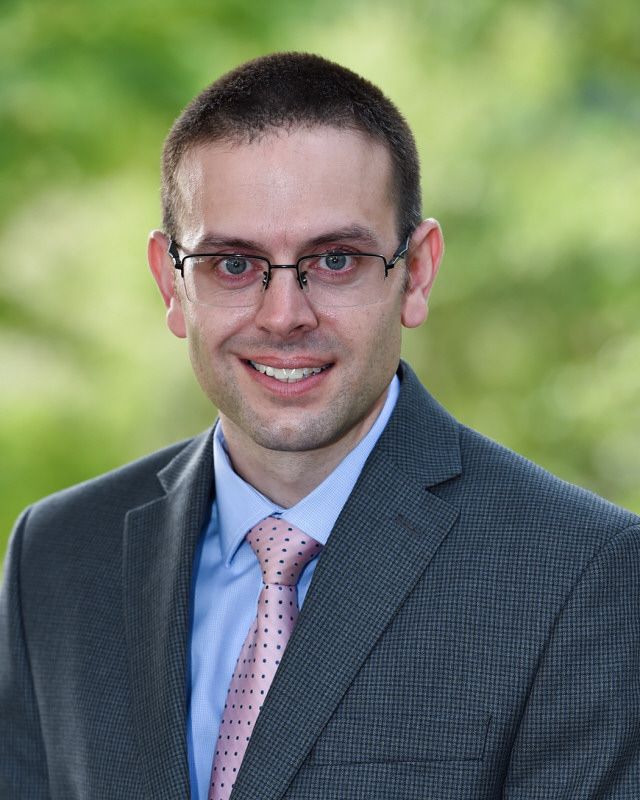 Marc Paradis is the Finance and Accounting Manager at Hopkins School in New Haven, Connecticut. Marc previously worked for 11 years at a national public accounting firm where he was a member of the firm’s Not-for-profit and Education Industry Practice. Marc is a Certified Public Accountant and received his Master’s and Bachelor’s degrees in Accounting from the University of Connecticut. Marc lives with his wife Nicole and their two children in North Branford, Connecticut. 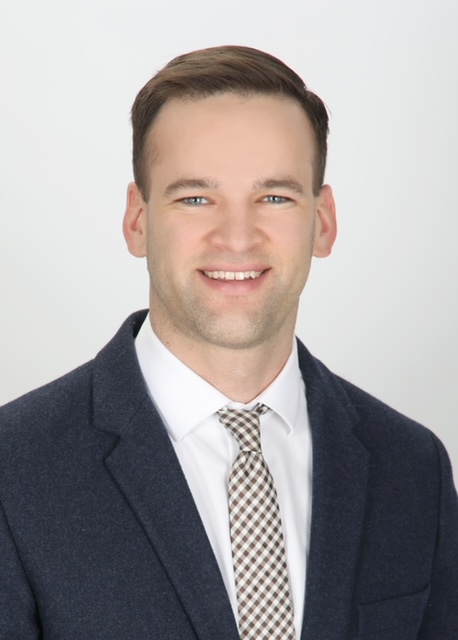 Having worked for a United States Senator since 2013, most recently as the Director of Outreach for U.S. Senator Christopher Murphy, Zach Dendas has established himself as having the problem-solving skills and the strong relationships required to be a highly effective legislative lobbyist.

Zach began his career as a hard-working staffer on U.S. Rep. Jim Himes’ first bid for re-election. He then served as the Fourth Congressional District representative for then-Congressman Christopher Murphy’s contentious race for the United States Senate, communicating and advocating for his boss’ initiatives in the campaign. Following Murphy’s election to the Senate, Zach moved to Washington in 2013 to serve as Senator Murphy’s Special Assistant before moving up in the office as a Legislative Correspondent.

Zach graduated from Quinnipiac University with a double major in Political Science and History. While there he was a Schweitzer Institute Award Winner & Member of Pi Sigma Alpha, Political Science National Honor Society, as well as a member of the Quinnipiac D-1 Men’s Lacrosse Team. 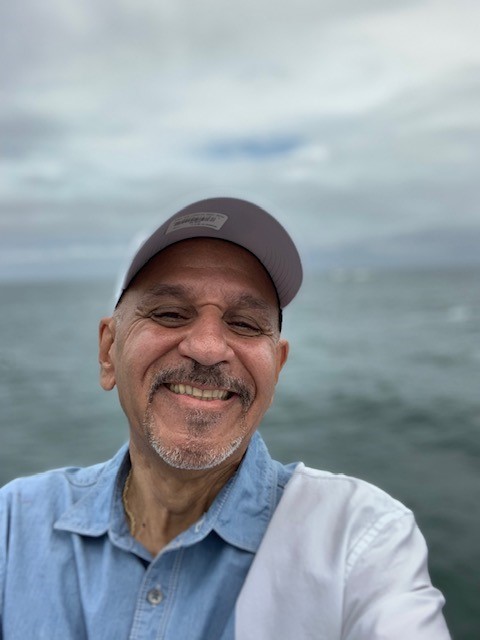 Though born and raised in “El Barrio” section of East Harlem, New York City, Asher Delerme has long been a pioneering force in Connecticut’s social services, behavioral health and supportive housing programs. As Executive Director of C.A.S.A. Inc., a non-profit behavioral health agency based in New Haven and Bridgeport CT, Delerme has been continuously involved in advocating for culturally-based clinical and institutional practices on state and national levels. Having overseen human services programs for the past 25 years, his experience ranges from behavioral health treatment to community-based programs and higher education. Delerme holds Bachelor’s degree from Wesleyan University, has attended the University of Ghana in West Africa and obtained his Master’s in Counseling Psychology from Southern Connecticut State University. Delerme is a licensed Drug and Alcohol Counselor and Certified Clinical Supervisor.

For the past decade, as clinician and educator, Delerme has passionately explored the connection between learning, human development and the arts. He is a principle member of MPACT – Multicultural Perspectives in Assessment, Consultation and Training, providing consultation and training, both regionally and nationally. In addition to his social services work, Delerme is an accomplished musician with extensive knowledge of the ethnomusicology of African, Caribbean, and Jazz music genres. Delerme’s cumulative experience in psychosocial development and the ethnomusicology of African, Caribbean, and Jazz genres affords him a unique training perspective in music education, multicultural issues, behavioral health and community development. 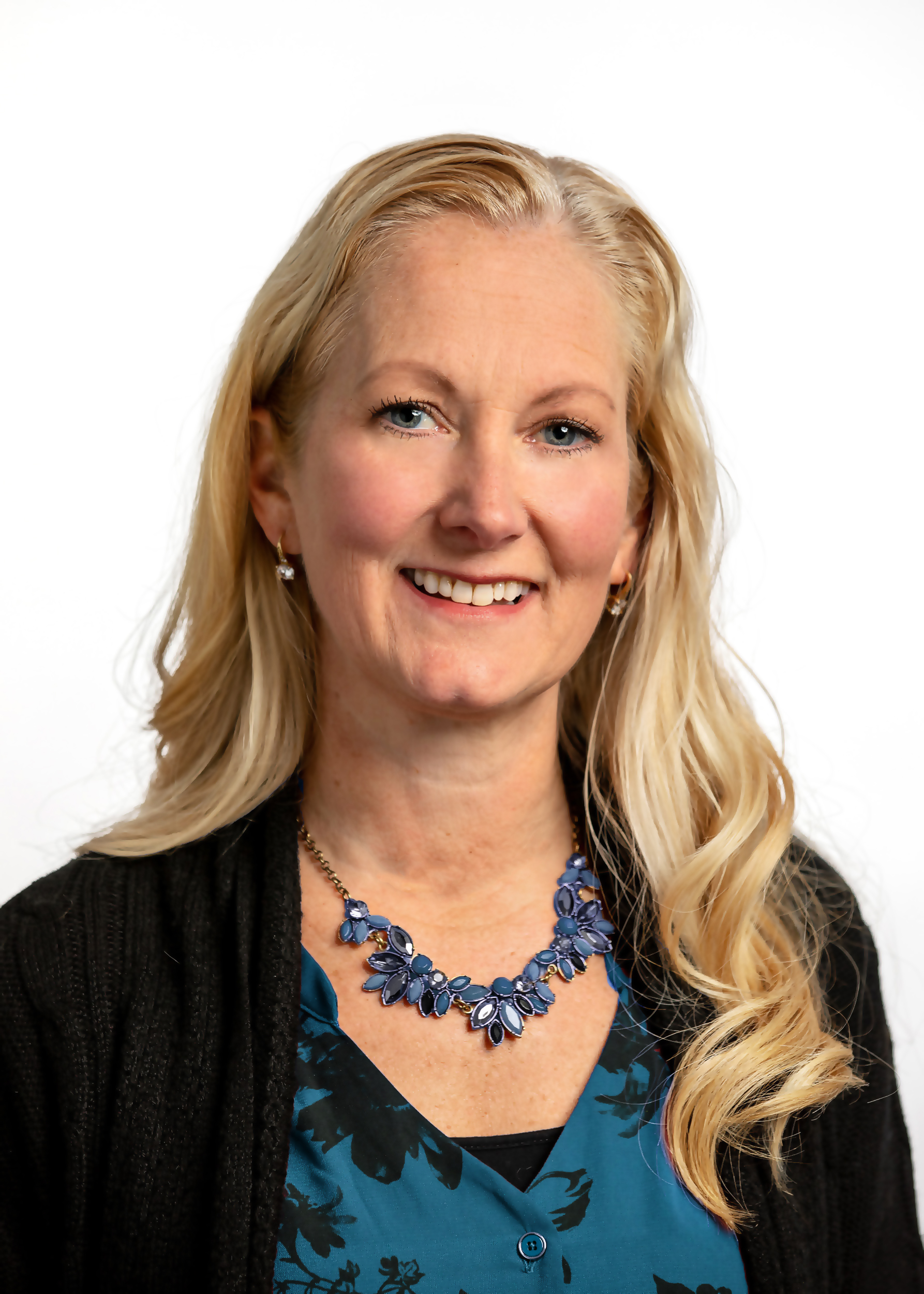 Colleen Godino is a person in long-term recovery, since 2005. Colleen is the senior director of external and board engagement, at the UConn Foundation, the independent non-profit organization that operates exclusively to promote educational, scientific, cultural, research, and recreational objectives of the University of Connecticut and UConn Health. The organization’s mission is “Strengthening UConn, One Relationship At A Time.” Colleen has served the University of Connecticut since April 1996. Prior to joining the UConn Foundation in July of 2000, Colleen worked as a program manager in the School of Engineering Dean’s Office, where she coordinated all fundraising activity. Colleen serves as a member of the UConn Recovery Community (URC) Advisory Council. She and her husband, Michael, are members of St. Mark’s Episcopal Chapel in Storrs and have five grown children. 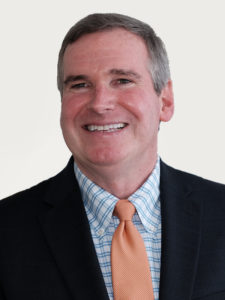 John Hamilton is the President and CEO of Liberation Programs. He served as the agency’s Vice President of Clinical Services and Senior Vice President from 1996-2006. He is nationally recognized as an expert in the field of addiction treatment and prevention, and brings three decades of experience to his role as President and Chief Executive Officer. John chairs the advisory board for the Connecticut Department of Mental Health and Addiction Services (DMHAS) and serves on the Governors Alcohol and Drug Policy Council. 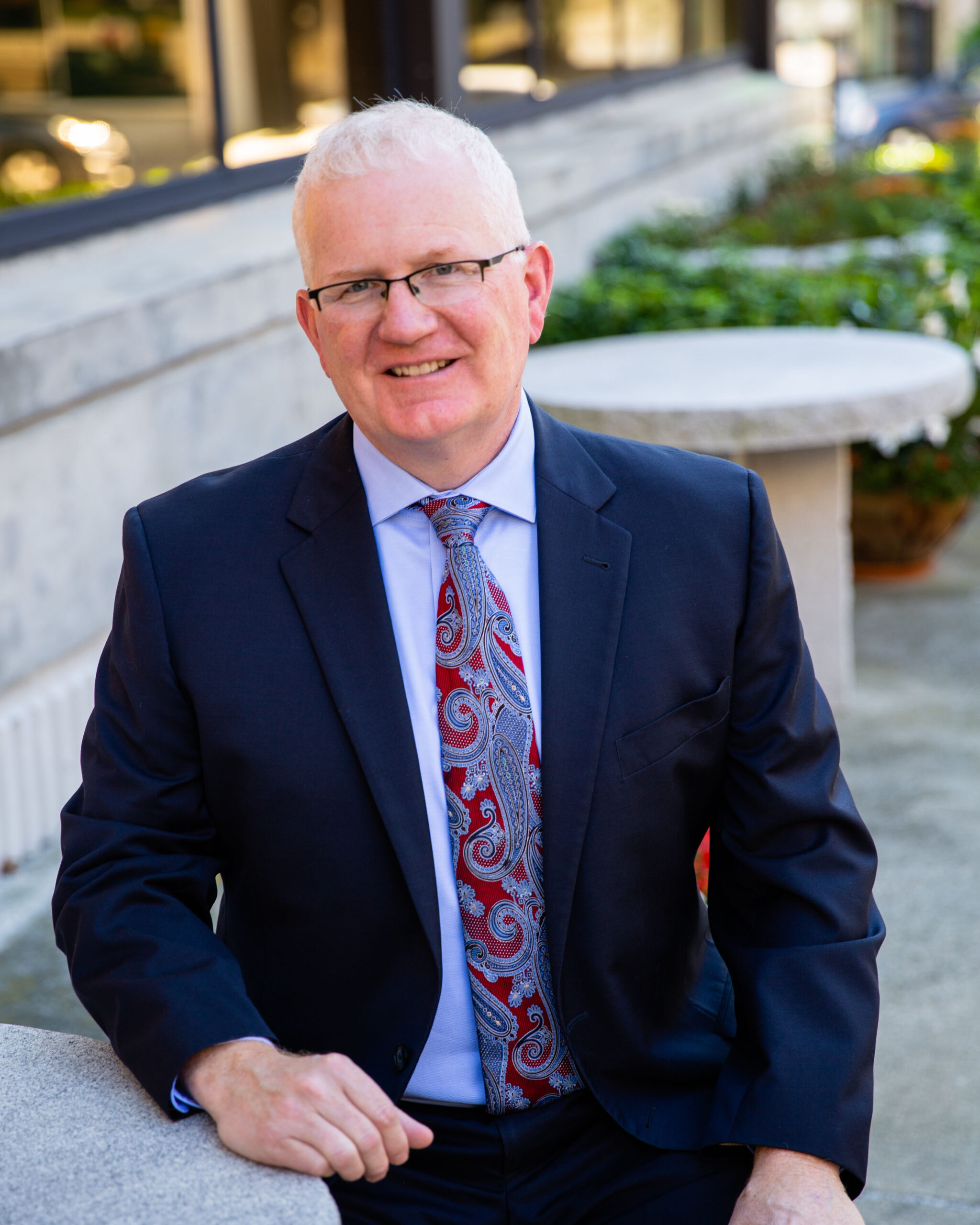 Attorney Theodore (Ted) Heiser is a partner at Suisman, Shapiro, Wool, Brennan, Gray & Greenberg, P.C. in New London.  He practices primarily in the areas of personal injury and employment law.  Prior to joining Suisman Shapiro, Ted was a founding member of Sullivan Heiser in Clinton, CT.

Ted has been named as a top rated Employment & Labor attorney by Connecticut and New England Super Lawyers since 2013.  He is AV Rated Preeminent by Martindale-Hubbell’s peer review ratings, its highest designation.  He is a 1991 graduate of Gettysburg College and a 1995 graduate of the Columbus School of Law at the Catholic University of America where he was a member of the Law Review. Ted lives in Chester, Connecticut with his wife and three kids. 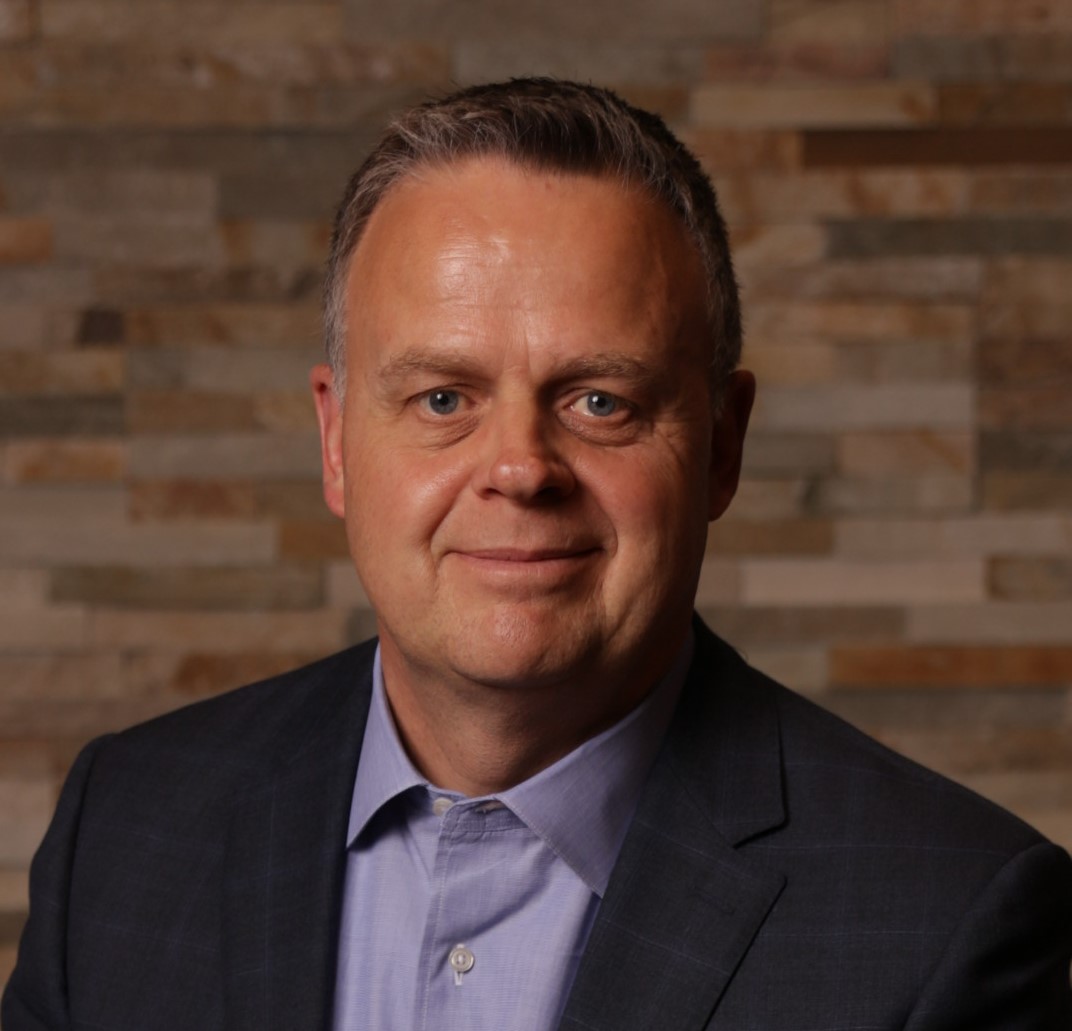 Joel Johnson is a CERTIFIED FINANCIAL PLANNER™ professional who has worked in financial services since 1989, helping thousands of families develop individualized retirement plans. He hosts a weekly financial radio show, Money Wisdom, and financial segments on WCVB Boston and WFSB Hartford for a program called Better Money. Joel is the author of several books, has written for the Wall Street Journal, and is a monthly contributor to Forbes.

Joel is a managing partner of Johnson Brunetti, a New England-based retirement planning and Investment firm, which supports numerous nonprofits, including the Salvation Army, Veterans Association of America, Wounded Warrior Project, Dress for Success and Make-A-Wish. 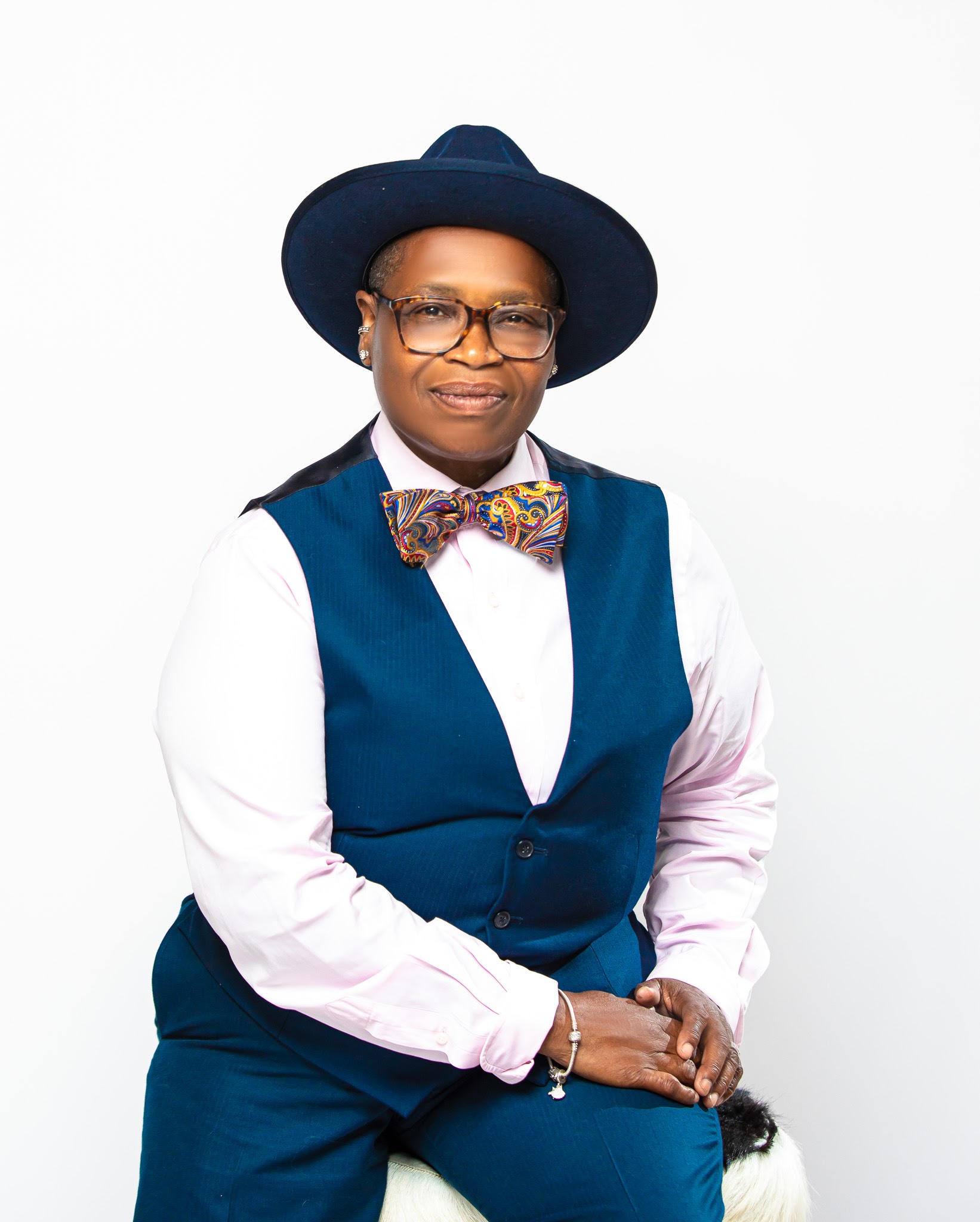 Barbara McClane is a passionate Connecticut based photographer who connects, captures, and creates meaningful memories of families, friends, pets, and loved ones. Barbara believes that the perfect photography captures the energy that is felt through the camera viewfinder and connects her to the subject. Barbara has worked as a Mental Health Assistant with the CT Department of Mental Health and Addiction Services for over 16 years. In that capacity, she has dedicated herself to caring for, training, and assisting folks with daily life skills. A mostly self-taught photographer, Barbara has channeled her commitment to social justice and humanity into creating art that showcases the complexities and beauty of the human experience. Her recent projects have focused on highlighting members of her local LGBTQ+ community, and people of color. Her more recent photography projects include:

Barbara is working on a memoir titled “Blessed, Not Bitter”. The book details her personal journey from surviving addiction, prison, physical and sexual abuse to reconnecting with her biological family and inspiring others to find the joy and hope in life. Barbara is the recipient of several awards, including the “2021 100 Women of Color” and the “2021 Working Women in Networking Business”. Barbara resides in Cromwell, CT with her wife and their two cats. 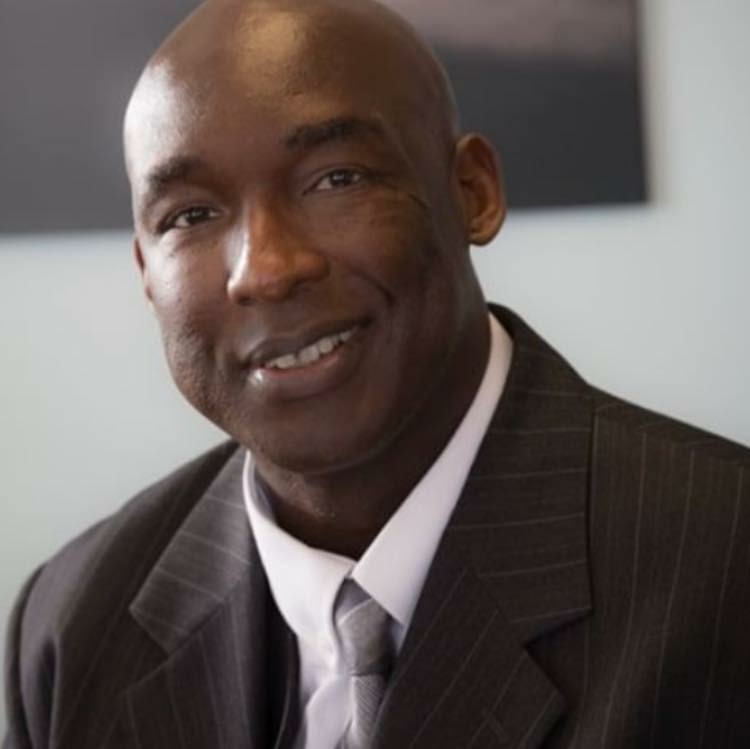 On June 10th, 2010, Daryl McGraw walked out of a Connecticut prison equipped with nothing more than his GED and six composition notebooks filled with what he called his 5-year plan to successful community reentry. Mr. McGraw hit the ground running; in a short period of time, he received a Bachelor’s Degree in Human Services and a Master’s Degree in Organizational Management and Leadership, both from Springfield College. Mr. McGraw has already accomplished more in his life than many have done in a lifetime. Today, Daryl is a Certified Addictions Counselor, Recovery Support Specialist, and Criminal Justice Professional. Mr. McGraw has over 10 years of lived experience and expertise in urban trauma, addiction recovery, and community reintegration. Daryl’s personal journey through addiction and incarceration has prepared him to be a voice and advocate for those who still find themselves caught in the vicious cycles of addiction and recidivism. He is considered an expert in the field of Criminal Justice Reform. Daryl presents at conferences nationally and internationally and provides technical assistance to universities, law enforcement agencies, legislators, and behavioral health and addiction treatment facilities. As a leadership consultant, he works in policy development, contract management, and project coordination, as well as collaborates with grassroots peer-advocacy agencies and Departments of Corrections.

In 2014, he was hired as a Program Director for the Yale University Department of Psychiatry, where he was contracted to serve as Director of the Office of Recovery Community Affairs for the State of Connecticut Department of Mental Health and Addiction Services. In 2018, Mr. McGraw went on to form his own organization called Formerly Inc, Connecticut's first criminal justice consultant agency, predominantly staffed by formerly incarcerated individuals. In 2019, Daryl was appointed the Co-Chair of Connecticut’s Police Transparency and Accountability Taskforce. In this role, he connects communities and law enforcement and encourages the hard conversations that lead to legislative change in police transparency and accountability in his State. Mr. McGraw also works part-time for the Institute for Municipal Policy and Research at Central Connecticut State University as a Senior Reentry Consultant, working to better the Reentry process for Returning Citizens in Connecticut. In 2020, Mr. McGraw was inducted into the Connecticut Hall of Change for his tireless advocacy for criminal justice reform and his commitment to restorative justice and the welfare of formerly incarcerated people. In 2021, Mr. McGraw joined forces with C4 Innovations as the Senior Manager of Racial Justice and Equity. He inspires cultural competency and challenges organizations to move away from the status quo. He also sits on several boards involving re-entry and criminal justice reform in Connecticut.

Keith Sawyer was born in 1964 and grew up in Atlantic City, NJ the youngest of 4 children. He was a varsity high school basketball player and hoped to play at the next level, but an ankle injury derailed that career.

He moved to Norwich, CT in 1995 and then to Willimantic in December 2004 looking for some purpose in life.He came to CCAR’s Windham recovery community center in January of 2005. Through engagement in the CCAR volunteer corps, Keith became the first CCAR Presidential award winner and has received many volunteer awards in his 17 years of service.

Keith graduated from Manchester Community College in 2016 from the DARC Program and has recently been elected to the CCAR Board of Directors. Keith supports CCAR’s mission and vision on an ongoing basis, while working to support others in recovery at a transitional treatment program. He is currently working as a residential aide for CHR and as a courier for Hartford Health Care. His goals are to be a better person today than he was yesterday and to live life and love it.