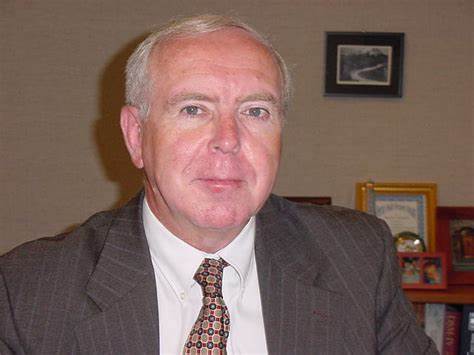 What Would Tom Kirk Do At This Moment?

It’s impossible to forget the moments that forever change the trajectory of our lives.

In 2008, I was 24 and seven years into my sustained recovery from addiction. I had just finished attending my sixth wake of a young person who had lost their life from addiction from my local community. I was angry. I was fed up. These young people were not lying in those caskets because they had lost their battle with addiction. They were dead because our society has been losing our collective battle with addiction for centuries.

At that time, I had never heard of SAMHSA and I certainly didn’t know what a Single State Authority (SSA) was. All I knew was that insurance cards weren’t working, state waiting lists to get into treatment were too long, and the ERs would just “treat and street” instead of help anyone. I began asking questions about why things were the way they were. Why did our limited tax dollars we invest in this issue keep on buying the same things over and over and expect different results?

Through the support of an incredible mentor, Donna Aligata, those questions quickly led us into the office of Dr. Tom Kirk – Connecticut (CT) Department of Mental Health & Addiction Services Commissioner and the state’s SSA. During our meeting, Donna and I shared how young people and families in Connecticut were being left behind because of a complicated bifurcated system for those under 18. There wasn’t much going on for youth or family recovery at the time, and – except for Dr. Kirk’s leading commitment to supporting The Connecticut Community for Addiction Recovery (CCAR) that continues to have tremendous CT and national impacts to this day – the investments in recovery supports in general from state agencies were essentially non-existent. Little did I know at the time that Dr. Kirk had actual been the visionary SSA instigating a new national conversation in collaboration William White and SAMHSA surrounding an emerging Recovery-Oriented Systems of Care framework and philosophy that has since become deployed nationally (albeit not to scale).

Even though individuals under 18 were not part of Dr. Kirk’s legislative mandate in CT, he responded as if he an investor in a new business. “Well, I have very little left in the budget,” he said. “But I promise I will find a way to make an investment in your important vision because what you are telling me is the truth – there is a tremendous gap in long-term recovery supports in communities for all populations and if we don’t invest farther upstream and downstream, all the acute treatment-centered investments I am making will not realize their full potential.”

We left his office with a commitment for the first $25,000 I personally had ever participated in raising for addiction and recovery issues. It was clear he approached this complicated, age-old issue as an innovator and entrepreneur rather than someone paralyzed by the limitations created from complex government procurement challenges. He operated from a deep place of conviction that simply buying only the same type of things that were bought in the 1970’s and 1980’s using the same fee-for-service funding mechanisms wasn’t going to get us to a new place of long-term sustained wellness for individuals, families, and communities.

It was only after Dr. Kirk retired that the “opioid epidemic” became the new buzz word surrounding addiction and declared a public health emergency. The Mental Health Parity and Addiction Equity Act was passed and then The Affordable Care Act shortly thereafter expanded its’ impact and included Substance Use Disorders (SUD) as an essential health benefit, while also expanding Medicaid eligibility for millions that has provided an enormous new funding stream for clinical SUD services in a majority of states that now pays for many services for a population that the federal block grant was once the sole funder of. Former – and now current –  U.S. Surgeon General Vivek Murthy released the first-ever report on Alcohol, Drugs, and Health: Facing Addiction in America, and asserted that how we respond to alcohol and other drug addiction is a “moral test for America.”

On April 9, 2020, Dr. Kirk lost his life from complications of COVID-19. Although we hadn’t spoken in years, his passing was the first time the gravity of the COVID-19 pandemic hit me – it wasn’t just the mounting terrible human toll, but the collective wisdom COVID-19 had just begun stealing from us from those who this terrible disease has targeted most ferociously. Dr. Kirk was the first empowered government leader who didn’t placate me with a hundred reasons things are the way they are, or simply tokenize me by thanking me for sharing my story, he responded with swift and courageous action when presented with the truth. William White and Phil Valentine captured my feelings pointily as they wrote in tribute:

“Individuals matter. Character matters. Values matter. Social contribution matters. If a living testament to those propositions has ever existed within the worlds of addiction treatment and recovery advocacy, it was within the life of Thomas A. Kirk, Jr., Ph.D.”

Dr. Kirk’s entrepreneurial spirit serves as a powerful reminder that even in the midst of the worst possible imaginable confluence of events for addiction, Congress has now tasked you with the biggest opportunity for transformation in generations. As you are acutely aware, in December President Trump signed legislation that invested over $1.65 billion in new funding for SUD to states on top of maintaining the more than $3 billion baseline level of funding from 2020. Just last week, President Biden signed The American Rescue Plan that will provide another $1.5 billion in new, one-time funding for states to further expand the public health response to the addiction crisis. These new appropriations amount to nearly a 200 percent immediate increase in federal funding for prevention, treatment, and recovery services that will be passed on to your office just as states have now also begun to receive the first of millions of dollars of their share from the protracted opioid litigation settlements.

This is a big moment for the field. I am positive it is not lost on you. Of course, we still need even more resources to meet the ultimate need of this public health emergency that has led to 81,000 Americans dying from drug overdoses in the last 12 months. But, there will never be enough money to transform our communities’ response to the addiction crisis if these new funds are deployed exactly as they have been in the past. This unprecedent moment demands and calls for innovation, entrepreneurship, and longitudinal thinking. This moment must be about investments in the growth of sustainable recovery capital with an eye towards the value-based payment tsunami heading towards the SUD treatment and recovery field from your Medicaid agency and commercial payers. I implore you to think big given this new responsibility, think out of the box, and in his spirit and memory ask yourself:

If Dr. Kirk was still in your role, what would he be investing in to meet this moment? 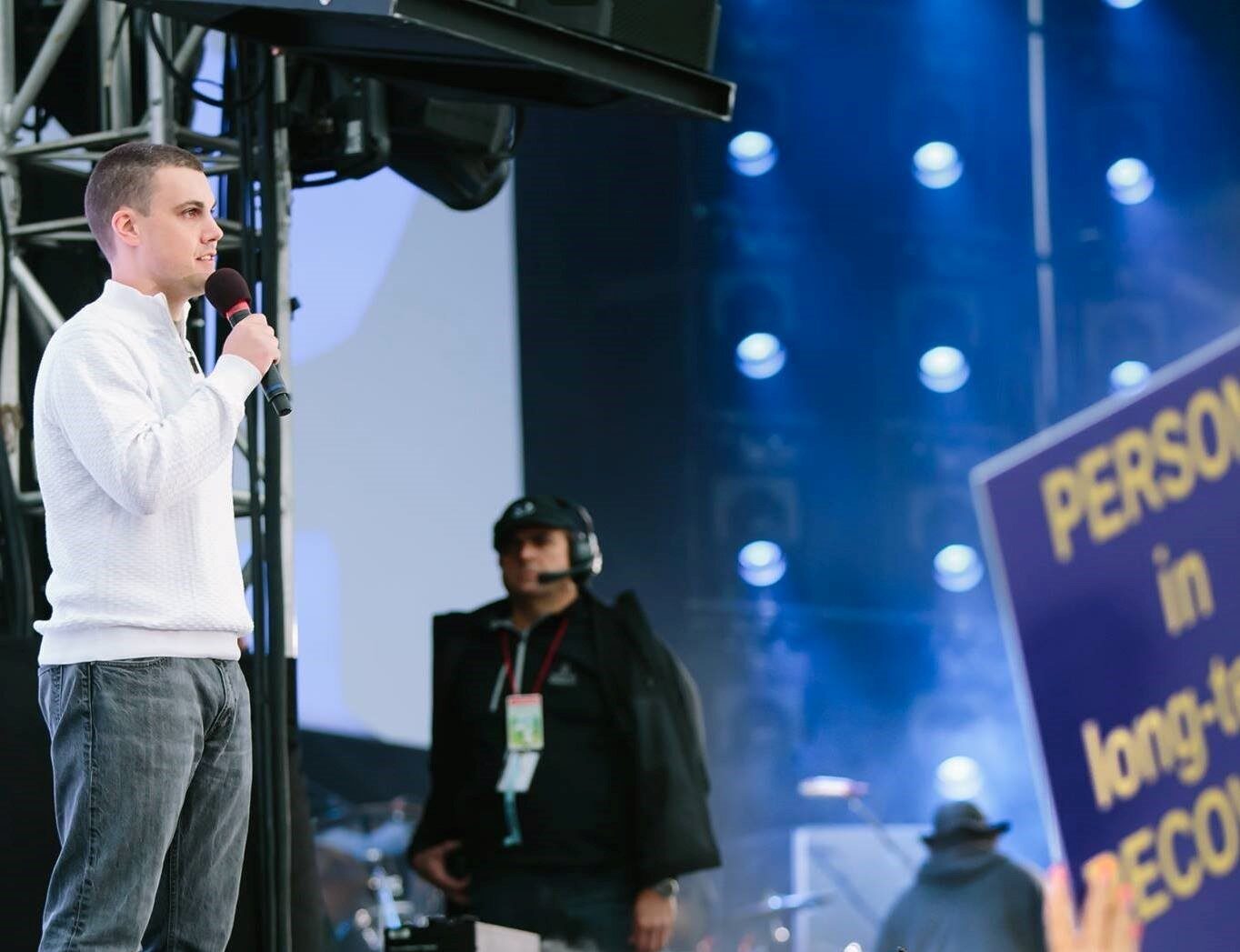 Greg Williams is a managing director at Third Horizon Strategies and serves as a health policy consultant and communications specialist, providing strategic oversight and direction to numerous initiatives. Most notably, Greg manages the Alliance for Addiction Payment Reform, a national collaboration aimed at improving outcomes for patients, payers, and health systems, and served as a managing editor of the Addiction Recovery Medical Home Alternative Payment Model. Greg has over a decade of experience working with non-profits and government agencies on addiction. As person in long-term recovery from addiction himself, Greg’s work has been dedicated towards creating positive changes in access to quality health care and recovery supports for the over 20 million struggling. Greg is the award-winning filmmaker of feature length documentaries, The Anonymous People and Generation Found. In 2015, he executive produced the historic UNITE to Face Addiction Rally on the National Mall when tens of thousands of people including from around the world gathered alongside major musicians to end the silence surrounding addiction. He also produced the launch of the first-ever Surgeon’s General Report on Alcohol, Drugs, and Health: Facing Addiction in America. Greg received his master’s degree in addiction public policy and media production from New York University.